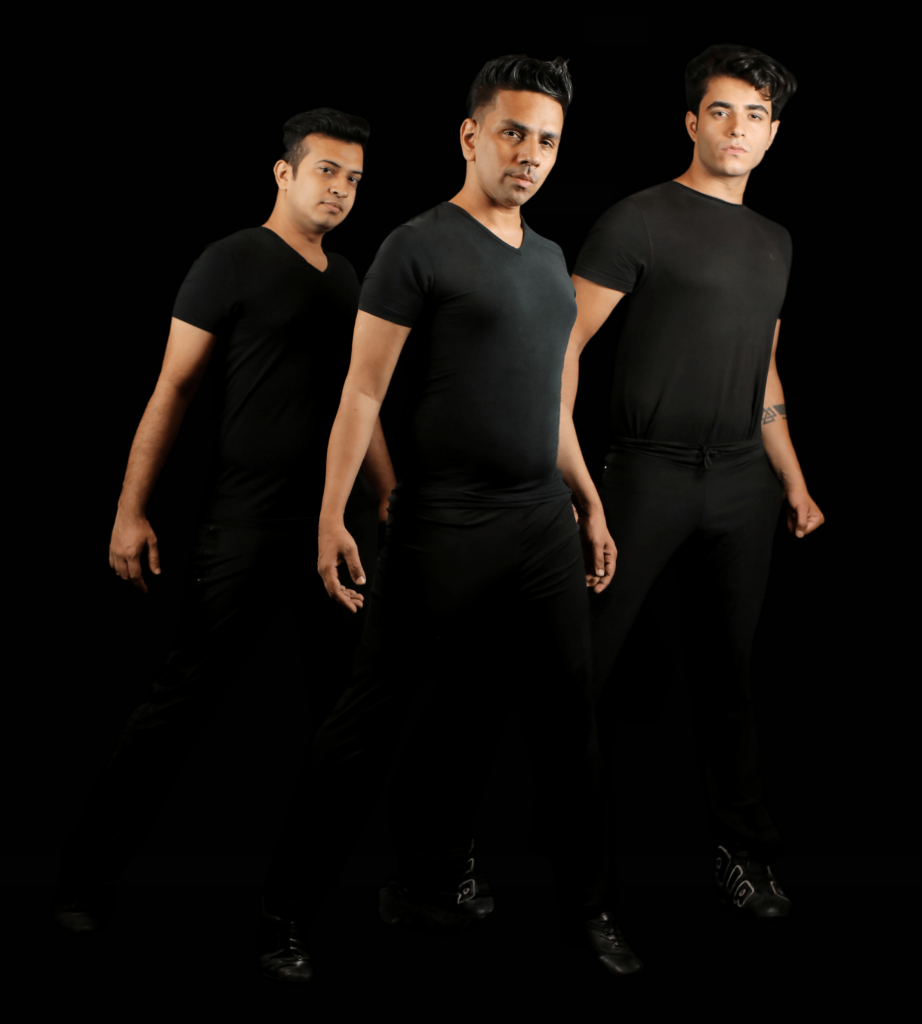 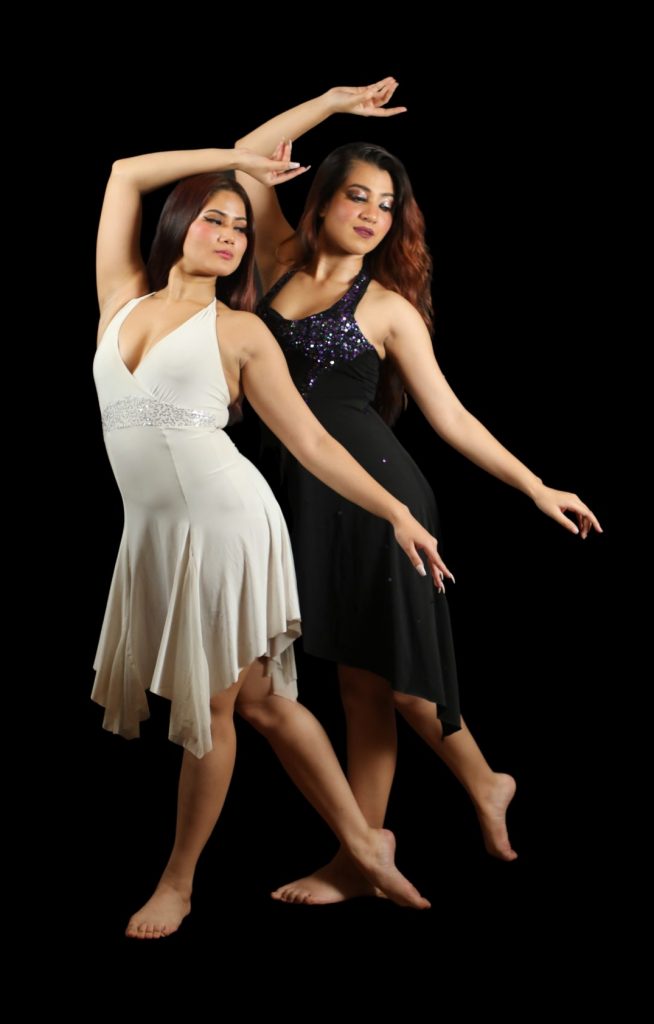 Moving Souls- the most eclectic and best- known dance academy in the capital city Delhi and NCR region is fired by a single belief that  – Dance is the essence for a beautiful life and everyone who dances is enriched by it for a lifetime.We, at Moving Souls believe that dancing is the surest way to lead a full life with complete physical and mental fitness, emotional stability and a sense of joy,Moving Souls took its first dance steps in 2010  with its Founder and Creative Director, Ravi Rastogi, determined to make dance an essential part of everyone’s life. Rastogi’s mission in life is simply to make you fall in love with dancing and his endeavour is to help you infuse rhythm, grace and beauty into every move you make. It is his firm belief that dance is divine and in its  best form it is no less than a prayer in motion.  Ravi Rastogi is an accomplished dancer himself with complete mastery over several  dance forms ranging from western classics  like jive and waltz to modern dance forms like hip hop to more energetic fitness routines like Zumba. In the past decade,Moving Souls has added many feathers to its cap. What nitially started out as a one man dance show is now a full-fledged academy catering to a large and growing group of  passionate dance enthusiasts who not only love to dance but also teach and inspire others. The academy caters to all dancers, novices, amateurs and professionals as well as teachers for whom there is a ertification Training  capsule also. Moving Souls conducts dance workshops under expert guidance for Zumba, Bachata, Salsa,Hip Hop, Bollywood, Fitness, And Jazz at Various Corporates, Embassies And Educational Institutes. This dance academy has notched up several accolades as well as international fame and recognition.  As part of their dedicated efforts  to make dance a global activity not just for the youth but for men and women of all ages, they have organized workshops at reputed platforms such as  India Fiesta Latina which is the biggest Latin dance and music festival In Asia and features internationally renowned dancers, choreographers and instructors. 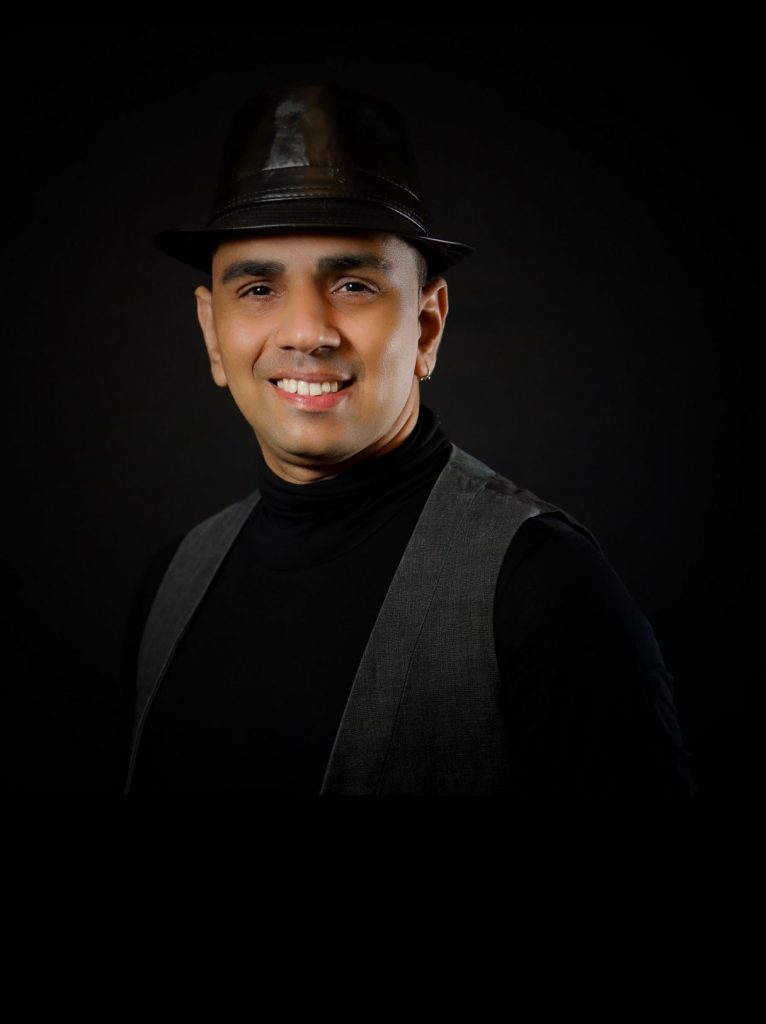 Dance is the language of soul in its honest and vivid expression. It’s also a way to achieve relaxation and fitness and inspire those who love the rhythm of body and soul. Ravi Rastogi, a renowned US-trained dancer, choreographer and fitness coach, considered dance as not only his passion, but also a way to spread the happiness and joy.
Born in a small town Bareilly in Uttar Pradesh, Ravi had to fight against all odds to take his first professional dance training in Dance Worx by Ashley Lobo to The Broadway Dance Center, New York with his hard work and dedication. In 2010, he started his own Dance Academy by the name of Moving Souls.
Dancing has been Ravi’s passion for past seventeen years and he excels in various dance forms, including Salsa, Bachata, Cha ChaCha, Merengue, Jazz, Hip-Hop, Zumba and Bollywood. Ravi leads energetic and fun fitness classes at various studios in Delhi and NCR apart from his own studio in Saket, New Delhi. Ravi’s a certified Zumba instructor, also he has attended Zumba convention in Orelando, USA in the year 2013.

Some of the trainings, that Ravi has attended include:

Ravi faced innumerable barriers to reach out the right people and achieve success in order to pursue his passion. For the past ten years, Ravi has achieved one milestone after another and became the master of Latin dance. His team expanded from a one man show to a group of inspiring and passionate dance lovers, who not only love to dance, but teach dance as well.

Performances at Various Corporate Events, Professional Stage Shows, Film, Commercials, Weddings and Dance Conventions. Some of them as listed below :

In addition, Ravi had conducted dance classes in leading embassies and educational institutes, including :

Contribution to the Society:

To add to Ravi’s experience is his association with high end Pub and Restobar in Delhi and NCR, where he is performing and conducting Salsa Nights regularly. 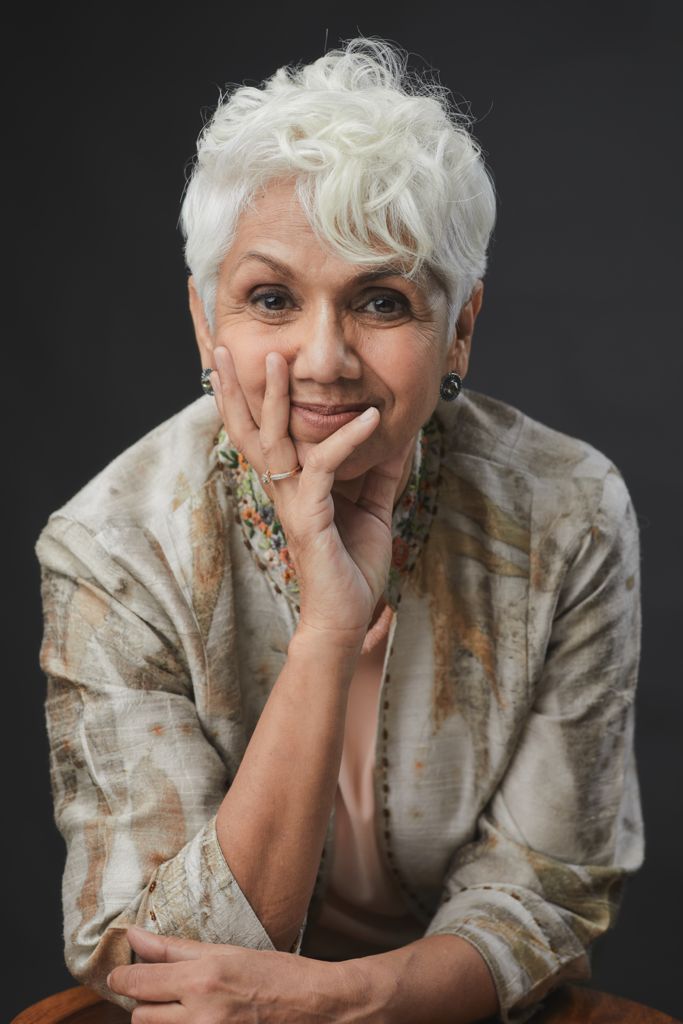 Director Sudesh Chawla is an accomplished veteran of the public relations community with a passionate interest in dance. Her love for dance has brought her on board with Moving Souls after a  successful career of  two decades with the Ministry of Information and Broadcasting, post which she joined the PR community. She has vast experience in organising events and showcasing creative talent through shows and exhibitions, Moving Souls has grown by leaps and bounds under her expert and committed  guidance. 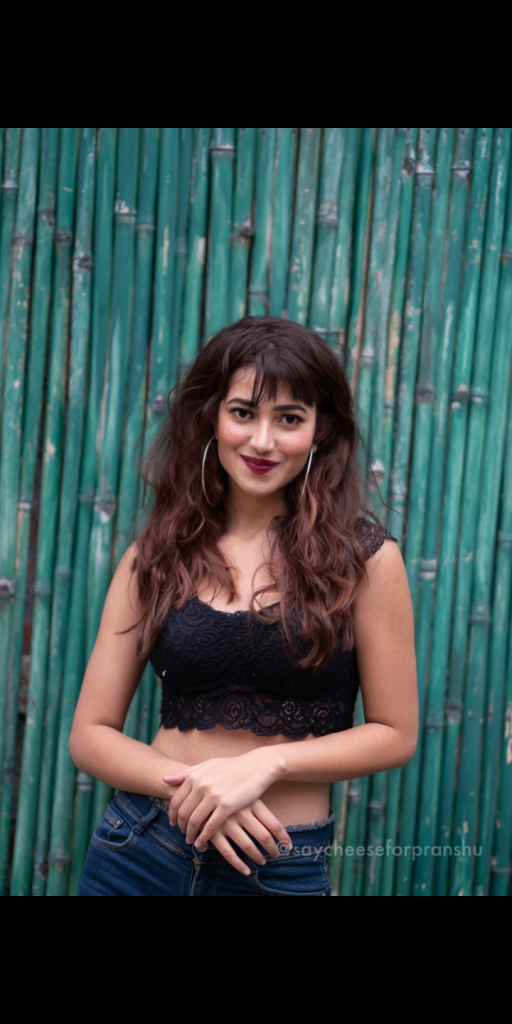 Dance is catharsis for Arshiya Sharma  since it helps her create,  vent, and  express her innermost emotions using her own body and mind.  Every dancer needs a stage to perform and she says  Moving Souls   has been the  bridge for  passionate dancers like herself who were seeking a platform to create magic.For her dancing career, Ravi Rustogi  is the magician who has started and  guided her  amazing journey  right from being a dance student to a  professional dance partner who can match her steps with him. 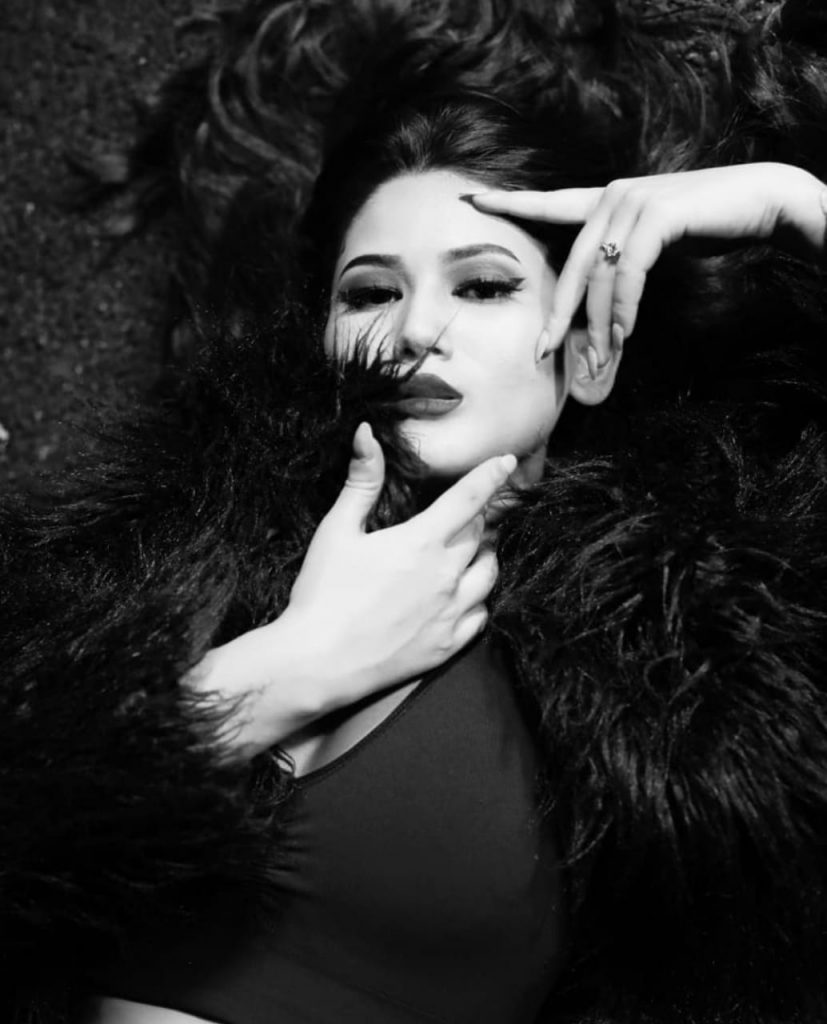 A keen fan of dancing, Sushmitaa Jones believes rhythm is in everybody and in everything. However, most of us are unaware of the techniques to dance well, and this where Moving Souls comes in. Sushmitaa joined Moving Souls academy which pointed her in the right direction. Looking back, she says in Moving Souls she has found  a platform to express her emotions. Interacting with people of different perspectives and creativity  at the studio has given her a wider perspective. Sushmita feels pleasure to work and learn from  instructor Ravi Rastogi who not only provided the right guidance but also the right balance of learning and enjoyment. 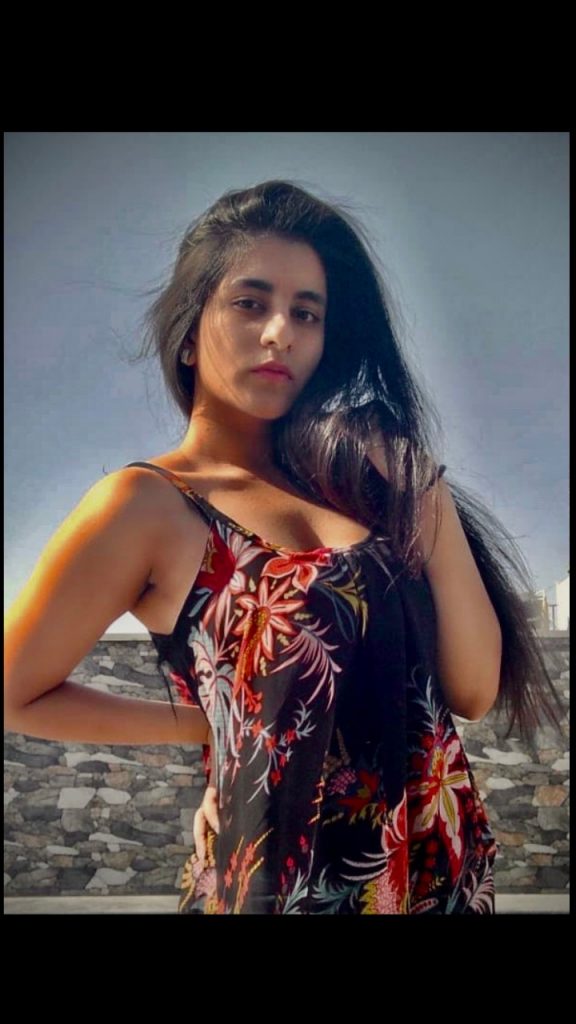 Manya Chitkara believes ‘When we can’t express our feelings through words, we can always express it through art’. In her opinion, dance is an art form where you showcase your feelings and express them without uttering a word. Moving Souls is the ideal place where one can learn to feel and express oneself through dance. As the studio’s tagline  asserts, ‘Come Alive with Dance’. 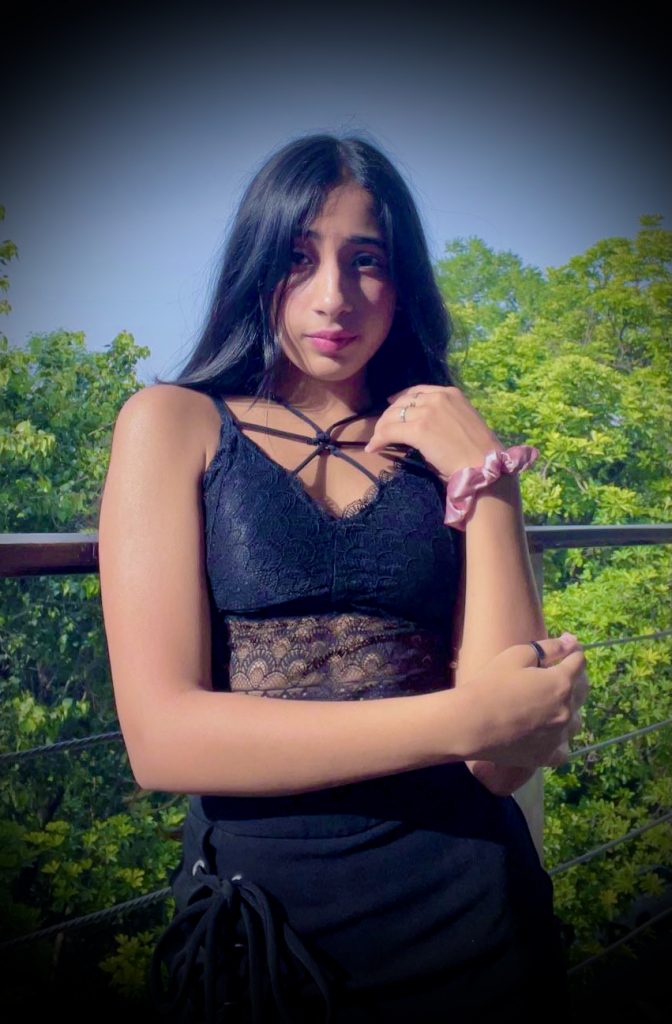 Dance is a gift that brings people together with creativity and music. For Aadya, dance is joyous and brings unity with that happiness. Aadya says It gives one the opportunity to pursue expression and beauty through movement and imagination. Moving souls helps everyone who wishes to learn and express oneself through dance. This studio truly demonstrates that it is never too late or early to start. She affirms Ravi Rastogi has inspired, helped and motivated  every dancer at his studio to achieve heights they  never thought possible. 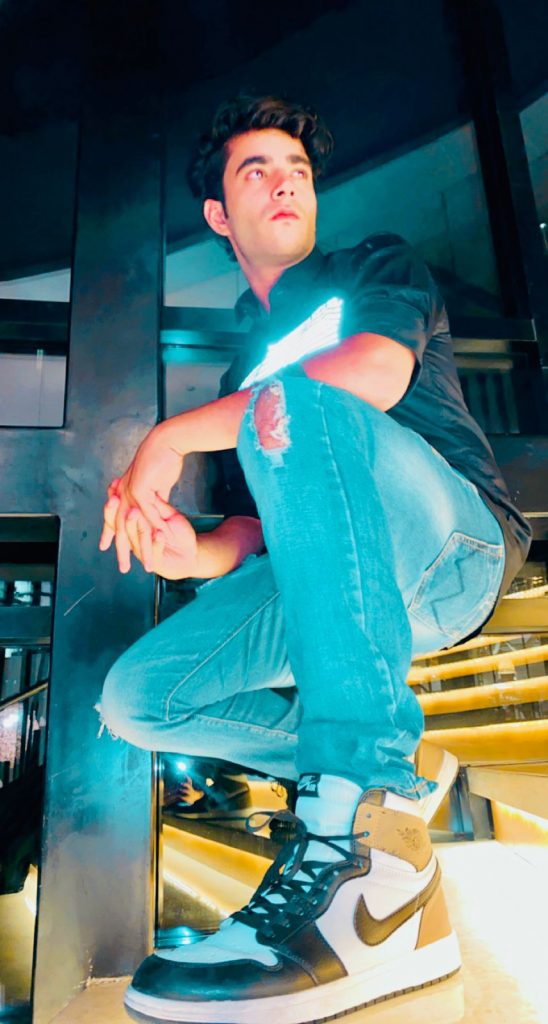 Just because you can’t dance, doesn’t mean you shouldn’t dance. You can start late, look different, be uncertain and still succeed. Rishil too  was shy at first and he still is,  until he joined Moving Souls. Joining the  dance studio, gave him the platform to perform in front of the audience and boosted his confidence immensely.  Having the right knowledge of a skill  you love, points out Rishil, makes you enjoy it more. 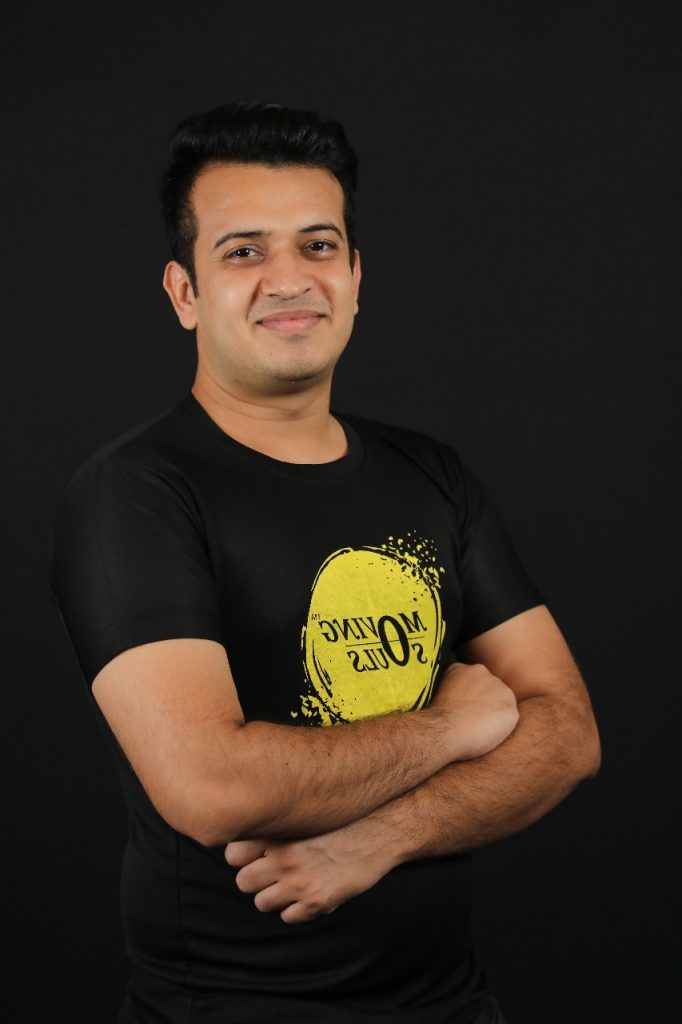 Dancers down the ages have forged the way for us to follow, express our feelings and create something new every time they dance. As a dancer and student of Moving Souls, Hari Om feels that  more than just walking in the path created by  dancers who came before us, Moving Souls has given him a platform to express his feelings,  talent,  creativity, experiences,  ideas and  much more.
Confused by different paths that were before him,  Hari finds right direction in his dancing career being a part of Moving Souls. Though he feels he still  has far to go in his career but under the guidance of  Ravi Rastogi, Hari feels closer to his goal that he was yesterday.